Home > Experts Speak > The Year That Was: Open Source Developments in 2015

The Year That Was: Open Source Developments in 2015 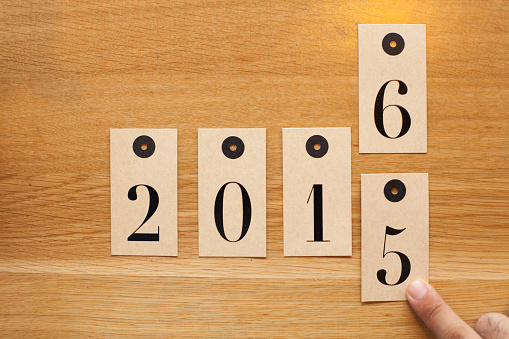 Open-source software is the holy grail of information technology. It not only fosters innovation, but, given the complete freedom a developer has while working with open source software, helps technology grow leaps and bounds sans any barriers.

That is exactly what we at WisdmLabs, like most other IT ventures, thrive on.

2015 saw some of the most innovative and amazing developments in web technology, and what better way for us to put a full stop to the content calendar for the year than to take a tour down memory lane and see the major additions that have happened in the world of Open Source.

Here is my pick for the top 10 curated major changes that took place in 2015:

This has by far been the most exciting release of open-source code in a long, long time. The de facto eCommerce platform has undergone a complete rewrite that reaffirms its position it as the leader in ecommerce software.

The features are wide ranging, from cataloging to performance. With eCommerce booming across the globe, the future of Magento 2.0 looks very bright.

Database engines have never been more important than in the age of big data. MySQL, arguably the world’s most reliant database system, now ships with InnoDB being the default database handling engine, marking a major shift from MyISAM. This gives MySQL enhanced query handling capabilities.

MySQL now also natively supports storing of the JSON data format. This is again a step ahead in the connected world technology that thrives on API usage. Another big addition to MySQL 5.7 has been replication enhancement, which provides additional capabilities to store replicated tables across servers in real-time.

In addition to the usual bug fixes and standard tweaks, the most note-worthy update to the world’s most popular content management system is the addition of Phase of the REST API in WordPress core.

This signifies a lateral shift that takes WordPress from being a CMS to a Web Application Framework. If I were you, I’d keep an an eye and both ears on this particular update, we’re sure to hear a lot more about in the coming times.

Additional updates in 4.4 have been the holding of meta-data for terms within taxonomies. You can find a detailed list of all the changes here.

That and also a really cool name to go along with it. Clifford is here to stay!

HTTP/2 is now natively supported in Nginx core – built over the SPDY protocol HTTP/2 that helps remove a lot of redundancy that HTTP 1.1 had for request optimization.

Given that Nginx is used where scalable concurrent access is a must, the integration of HTTP/2 will further help websites achieve performance linked scale. Find more on this in the Nginx released whitepaper.

Akami provides a great demo to see the difference between HTTP/1.x and HTTP/2 data rendering in browsers.

Nginx has always strived to solve the problem of scale ( i.e. multiple concurrent users accessing the server at the same time to access static content). Taking this philosophy ahead, Nginx 1.9 now gets TCP Load Balancing into Nginx core.

Earlier, load balancing had to be done through other application servers with their own configurations, leading to large amounts of overhead in terms of maintenance as the systems grew in size.

React.JS now supports ES6 classes. Many developers swear by ES6 for scripting; it make the nomenclature so much more easier to handle.

2.0 in beta takes this to a whole new level designed for speed and scale. The entire list of features can be found here (it makes for beautiful read).

7. SASS and LESS have major updates.

Working with CSS has major advantages. CSS is to websites what colors are to movies. SASS and LESS are CSS extension languages that make handling and maintaining a lot more easy.

A host of tweaks, variable and function supports have been added to SASS and LESS in the last 364 days.

8. Bootstrap is now at version 4 Alpha.

Bootstrap is one of the most popular front-end development libraries used in programming.

With 4.0 alpha coming out in 2015, we can expect RC 4 to be out in the second half of 2016. The biggest change to happen in 4.0 is the shifting from LESS to SASS for pre-processor CSS scripting. The other major changes can be found here.

9. Javascript is moving to the Server

This is probably the most significant migration that 2015 had to offer.

JavaScript was historically confined to client side processing for working with technologies of that time. With Server Side JavaScript becoming more and more adaptable and resource friendly, PHP stands endangered here.

From a technical and human capital perspective, it essentially standardizes coding practices and is in many ways suitable to tailor to a vast variety of needs. And if this Quora thread is to go by, JavaScript is slowly overtaking all other programming languages in terms of usage.

PHP 7 was built around speed and performance. With considerable improvements in code serving performance than it’s predecessors, it is arguably the biggest release since PHP 5 way back in 2004.

We also have a new Combined Comparison Operator named the spaceship operator to make data type comparisons easier. Most useful in sorting operations. 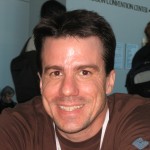 In Memoriam: 2015 also saw the passing away of Ian Murdock, the brain force behind Debian. The open source community deeply mourns his loss.

Wishing you a Happy New Year and major Cheers to a great 2016 ahead. Stay Sharp!